Greek Salad is among the most popular but you may also want to try my Tomato Feta Salad with fresh mint or amazing Greek Panzanella with Garlic Lemon Vinaigrette. 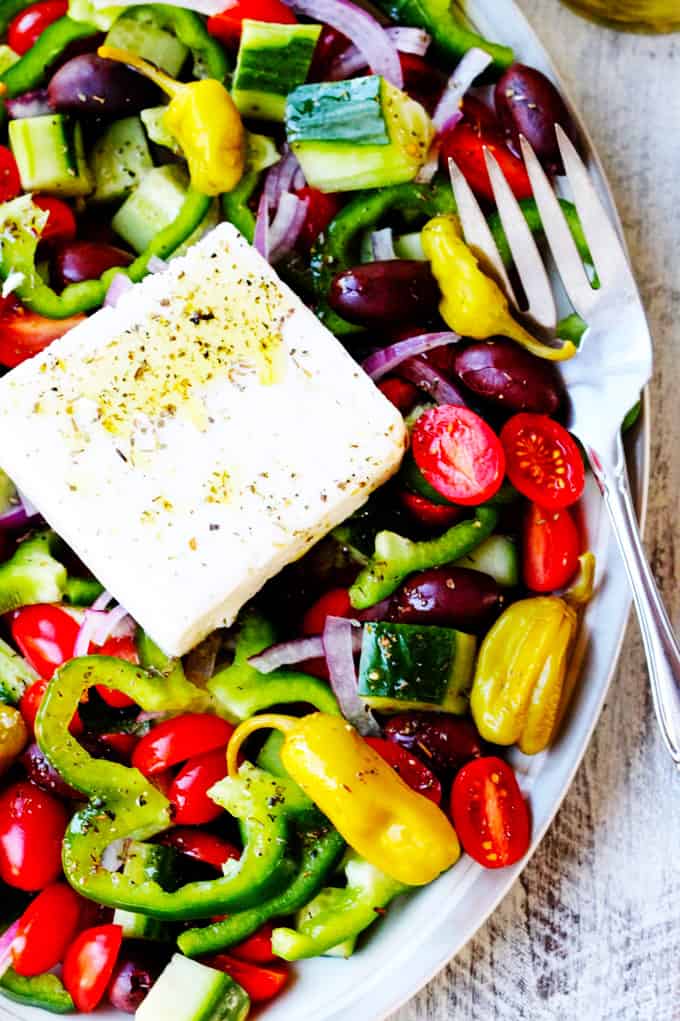 What is Horiatiki Salad

Horiatiki Salad, or village salad, is what is known in the US as Greek Salad. It is a very humble dish that uses fresh and simple ingredients. It’s in season from late spring to early fall – when the tomatoes, cucumbers, and peppers are at their peak.

We’re now at the end of July on East Coast of US and the big, meaty tomatoes are just about to ripen up….but they’re not quite there yet.

However, the small, cherry tomatoes are taking over my tomato garden and they too are super delicious; that’s why I used them here in this recipe for my Horiatiki Salad.

I know, that this Horiatiki Salad should have big tomatoes cut up over the bowl to get all the juices marinating in there, but I am a huge proponent of using whatever is in season. Hence my use of little cherry tomatoes in this recipe. And you can pretty much find good quality cherry tomatoes all year long so you could potentially enjoy this salad throughout a year.

So, fast forward about 2 weeks & I’ll be using my beefsteak tomatoes for this amazingly simple salad. To be perfectly clear, a real Greek salad never contains lettuce! 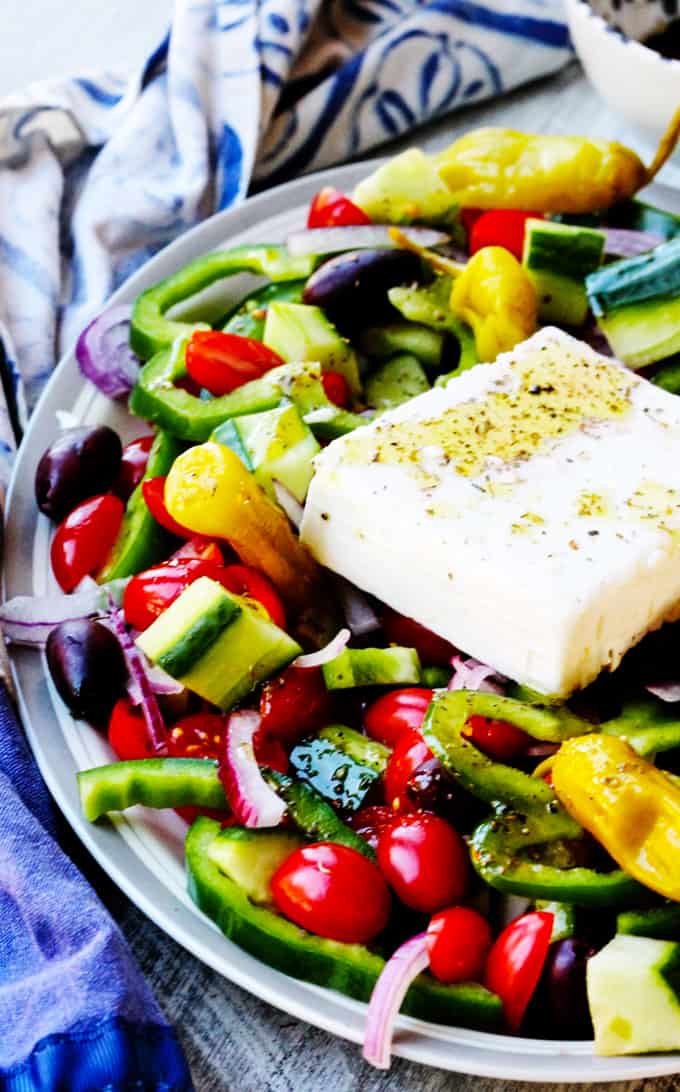 What are Typical Ingredients in Greek Horiatiki Salad 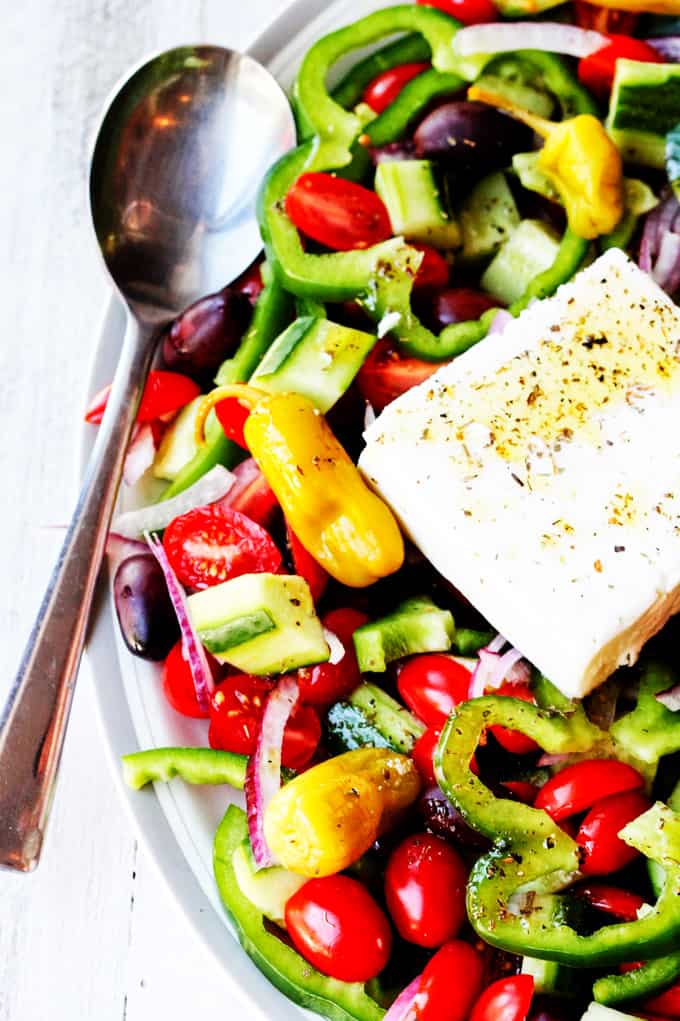 Extra kick for a Greek Salad

Even though this salad is perfect on its own, I decided to spice up every bite with some Greek Peperoncini. You can add them whole or you can chop them. You can actually buy them already chopped if that’s your preference. They do add a little kick to this simple Horiatiki Salad and I love them.

I’ve visited Greek islands on a few occasions in my life, and every time I’ve landed in Greece I wanted to have my Horiatiki Salad immediately. There’s nothing better than fresh vegetables with super fragrant olive oil, a splash of red wine vinegar and dried oregano.

At least that’s what I thought until I went into a Greek Tavern in New York, and they served my favorite Horiatiki Salad with peperoncini too. I was blown away.

Ever since I’ve always added pepperoncini to my Greek Salads. Try it and let me know how you like it. 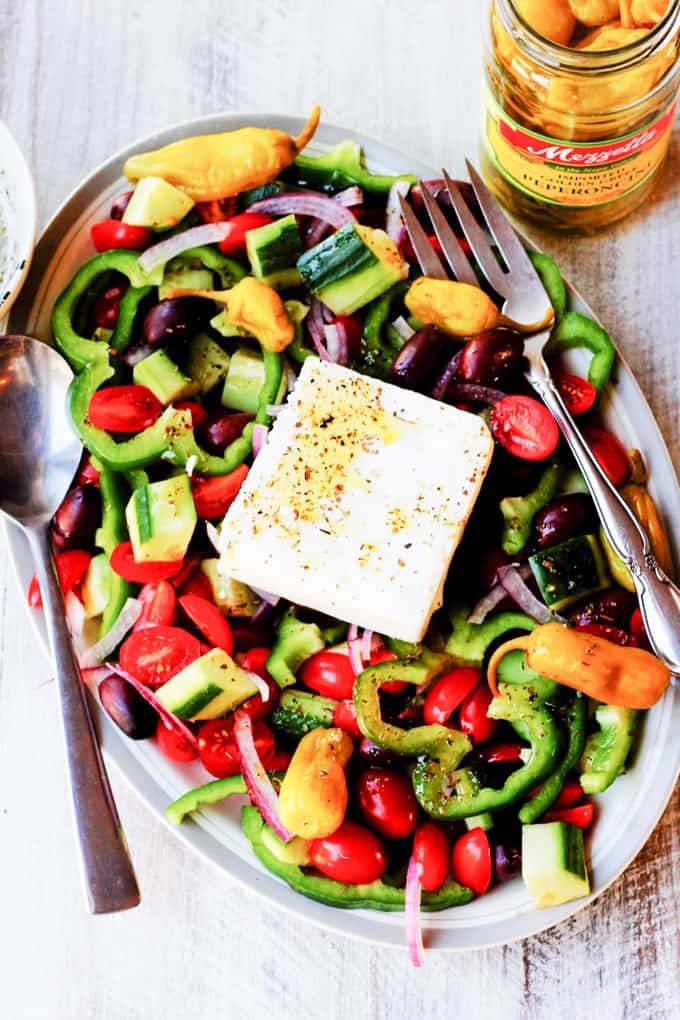 How to Make Horatiki Salad

Step by step tutorial on how to make Greek Salad: 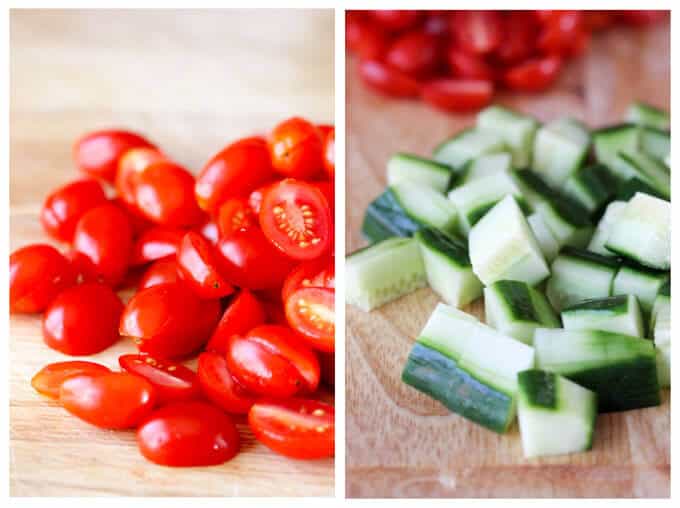 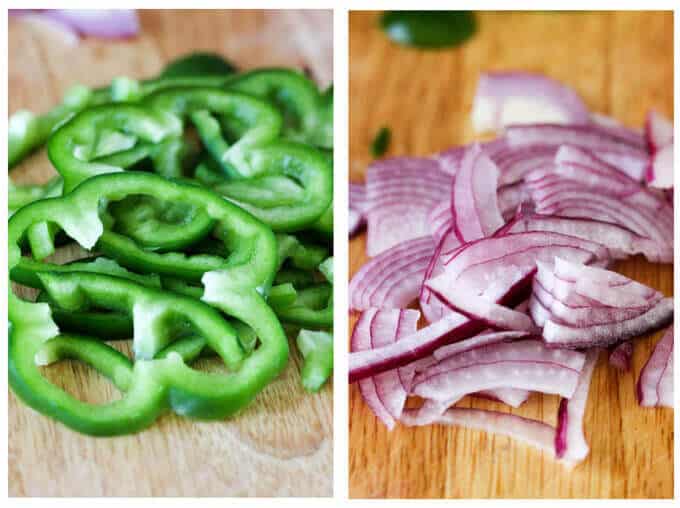 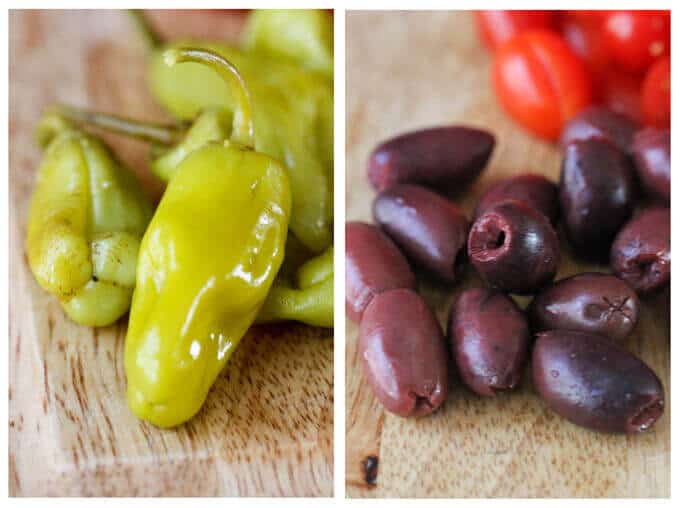 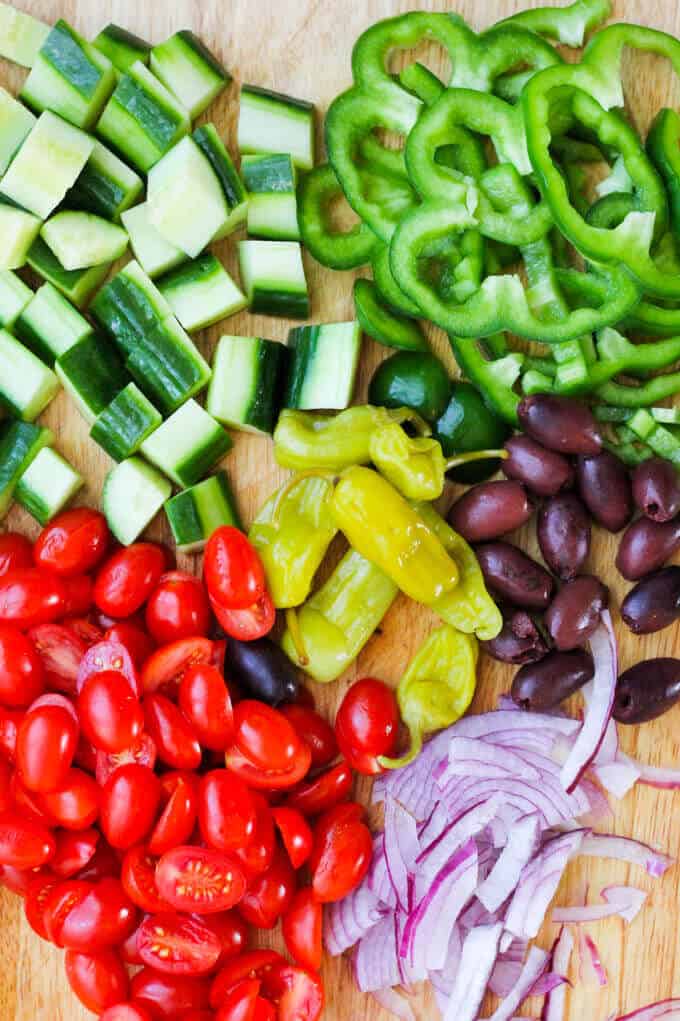 What to Serve Horiatiki Salad with

You can serve this humble Greek Salad with basically everything: all your favorite meat like lamb, chicken or burgers, fish and shellfish or vegetarian dishes. Here are a couple of my suggestions: 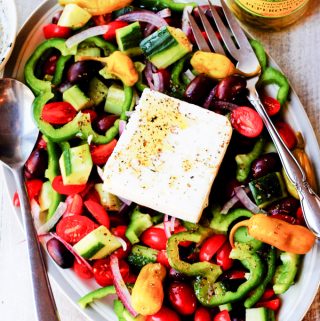 I used a whole teaspoon of dried oregano for this dressing as the salad should have a lot of it. If you feel like you may not like that much oregano, start with 1/2 teaspoon.

This post was originally published on August 1, 2017, and since then it was updated to provide additional information.