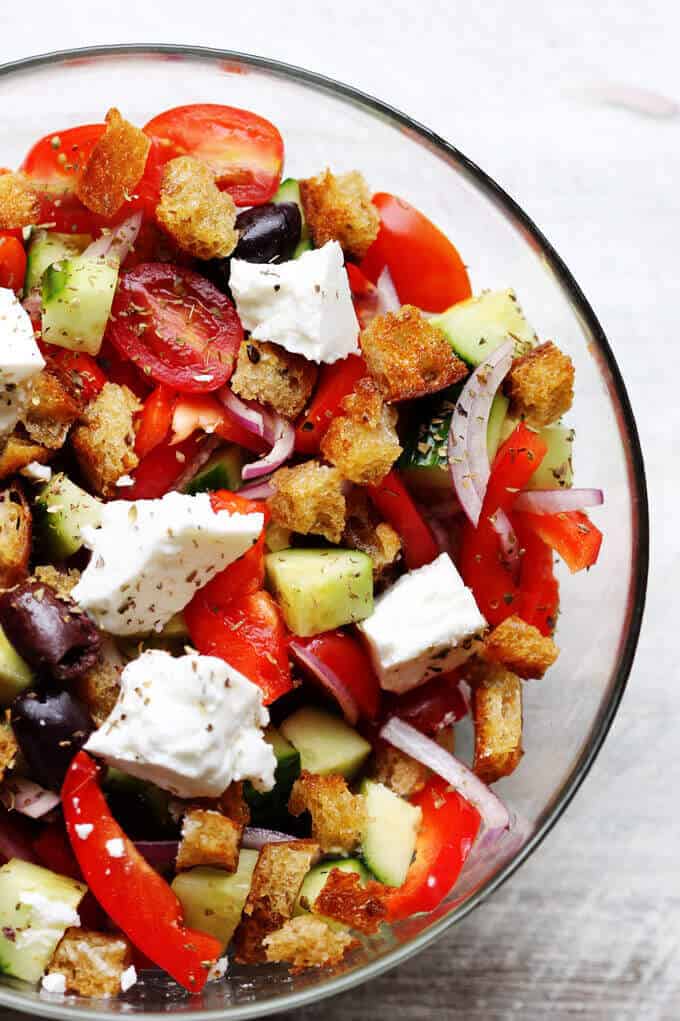 What is so special about Greek Panzanella Salad

Greek Panzanella Salad was on my ‘to do list’ for quite a while. I love the idea of adding bread to salads, as it converts them into a full side dish. You don’t really need much more. Some fish or meat from the grill, greek Panzanella salad, and presto…dinner is ready.

Greek salad is an absolute all-time favorite of mine. Cucumbers, tomatoes, onions, peppers, kalamata olives and feta, toasted with red wine vinegar and dried oregano, simply screams summer to me. I traveled a lot in the first 1/2 of my life and the moment I landed in Greece I needed to have my fix of Greek Salad. So, just the smell of it now brings me back to the summers in beautiful Greece. I love pairing it with super refreshing Greek Frappe Coffee. My other Greek obsession is this Kolokhitopita Greek Zucchini Pie. So delicious during the summer.

I was very fortunate to live in Central Europe with close proximity to such wonderful countries like Greece, Spain, and Italy. To make them even more accessible, during law school, a student organization was able to organize the summer camps abroad which were extremely affordable. That’s how I was able to visit and return to all of these amazing countries for literally pennies. Now, when travel from the US to Europe is so expensive, I make myself Greek Salad and my tastes buds taking me right back. 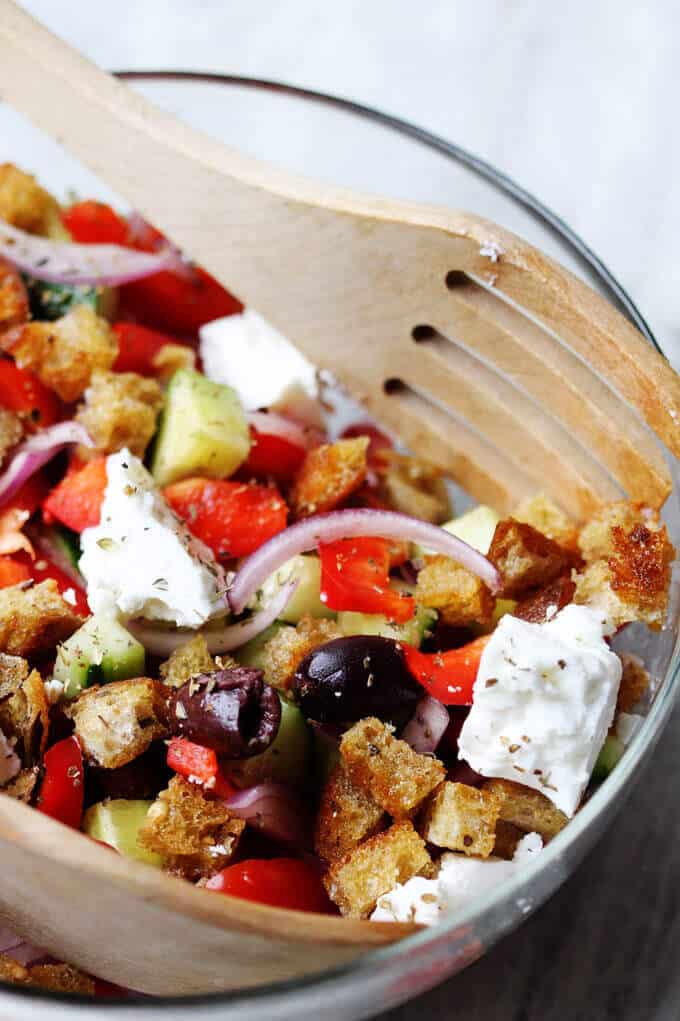 Adding bread to salads in Mediterranean cuisines is very popular; Panzanella and Fattoush are perhaps the most famous ones. You can check my Summer Panzanella with Garlic  Butter Bread recipe which is very popular and will “wow” your guests at your next BBQ. You can also make this Greek Panzanella Salad with a garlicky vinaigrette. It’s super easy.

Here’s what you need to make Greek Panzanella Salad:

The steps to make this Greek Salad with bread are very simple:

Scroll down for a full printable recipe. 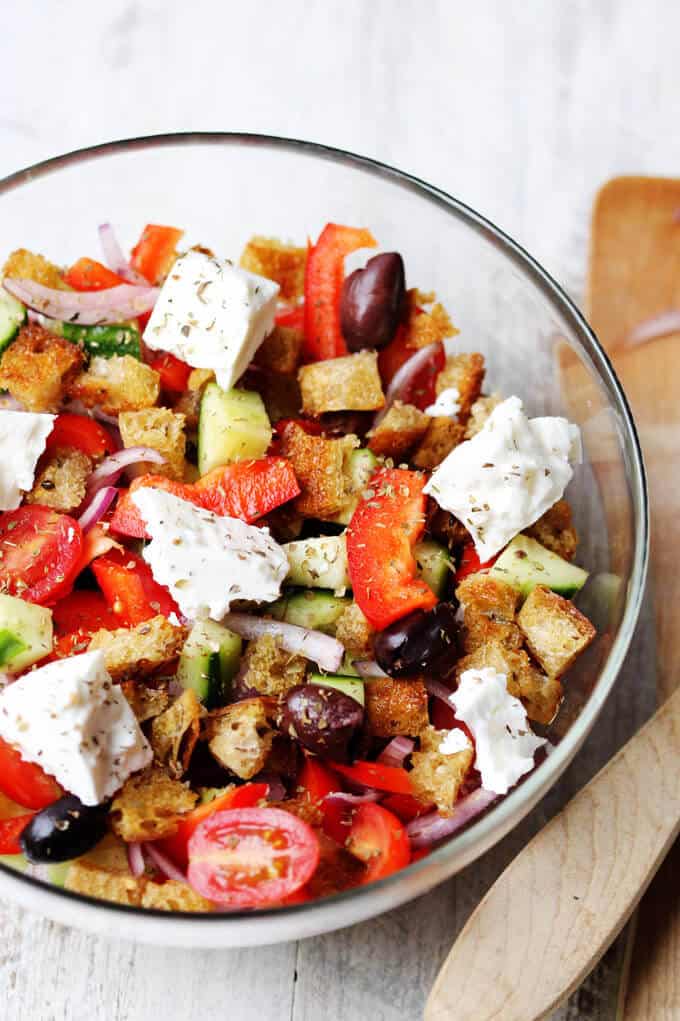 I recently saw an episode of Barefoot Contessa, with Ina Garten, on Food Network, where she was making Panzanella salad and it reminded me how much I wanted to make this recipe. So here it is: 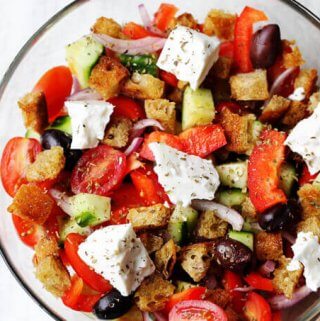